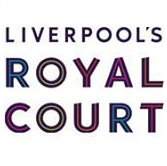 Royal Court Liverpool is the friendliest theatre in the city, which has shown fantastic plays which have been enjoyed by its customers. With pre-show dining and a range of drinks served before and after the show, a trip to The Court is night of great entertainment. An historic art deco building which has been modernised and refreshed, The Royal Court is a mix of modern service standards in a traditional setting. With no funding the theatre produces eight long running plays every year, mostly comedies and musicals. The shows have a Liverpool theme with largely Liverpool cast and crew. Sets are built in the city, rehearsals take place here and 95% of all money spent by the theatre goes back into the local economy. If you want a real Liverpool theatre experience and, most importantly, a brilliant night out then do what more and more Liverpudlians are doing. Get down to The Court._x000D_
_x000D_