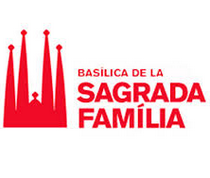 Sagrada Familia is a large unfinished Roman Catholic Church in Barcelona and a monumental church devoted to the Holy Family: Jesus, Mary and JosephConstruction began in 1882, based on plans drawn up by the architect Francisco de Paula del Villa. In 1883, Gaudí became involved when Francisco resigned as the head architect. Gaudí transformed it with his architectural and engineering style, combining Gothic and curvilinear Art Nouveau forms after he take over the project. Gaudí devoted his last years to the project, until 1926, he died at the time of his death at age 73, less than a quarter of the project was complete. Every year, millions of people visit the Basilica, in Barcelona center, whilst many also come here to study its architectural and religious content.