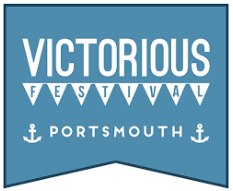 Victorious Festival is a three-day music festival held in Portsmouth, United Kingdom. It was founded in 2011. In its first year, the festival was named the Victorious Vintage Festival. For the first two years, the festival was held in Portsmouth Historic Dockyard, while subsequent years were held in the Castle Field and Southsea Common areas of Southsea. Southsea Castle, Southsea Skatepark, the D-Day Museum and other local attractions are within the festival boundaries and are only accessible to ticket holders during that time. In 2016, the organizers announced the launch of a charity, the Victorious Foundation, which seeks to protect disadvantaged children. Part of the proceeds from ticket sales is given to the local D-Day Museum. In 2015, the festival's impact on the Common and the smell from waste caused complaints from the residents.